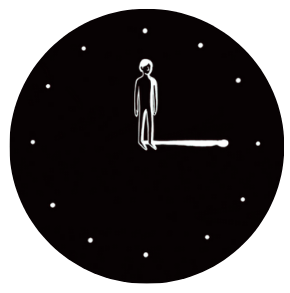 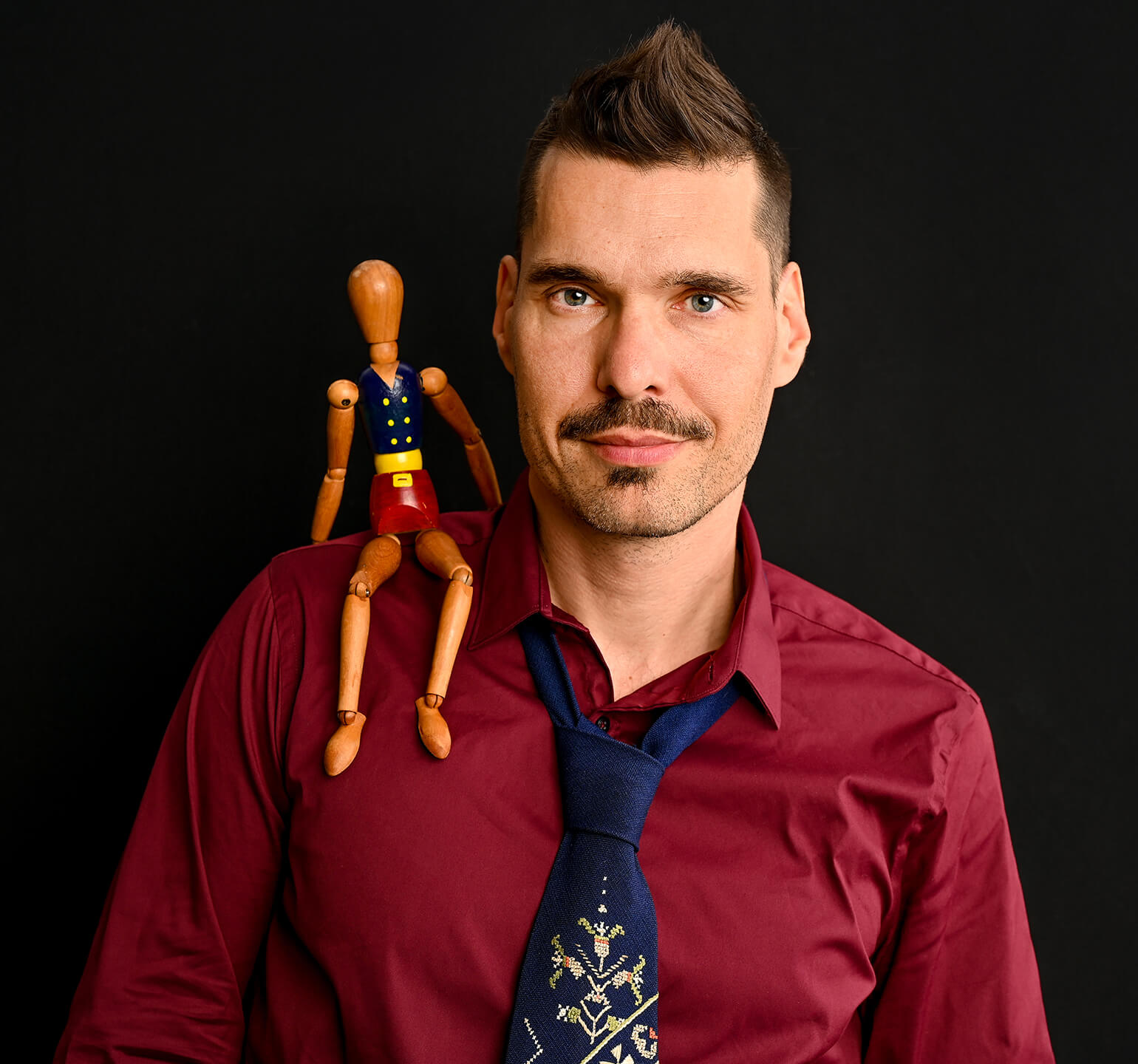 "If the spider taught Bryce anything, it was that she had figured out how to carve a space for herself in the world."
Bryce

BRYCE
enters the space he carved out for his being
‍
The Earth eats Time every day, but we hardly notice, thought Bryce. Perhaps it was precisely because food was so foreign to him, he realized Time itself sharpened the teeth of Earth. While her mouth devoured the hours, minutes and seconds of billions of lifeforms. That morning Bryce had decided to quit his job. Unlike for humans, Time for him was limitless yet hardly his; a fact he knew to be the one and only reason he had failed to transform his machinery.

Transforming machinery was the Holy Grail of artificial intelligence. A task Bryce made his life’s purpose. And even if it was to take him the infinity he was coded to express in, he knew in his heart that he would succeed. His dog was his talisman and his mirror. When he rescued her, she was just a skin and bones puppy, fearless nevertheless. He entertained the idea of how life could have turned out had he started out small, palpable and curious like her. And so, after continuous observation of his dog, he developed his own code that was soon generating curiosity. He often wished he was a dog. Or a bird. Unlike him, Bryce 033 could fly like a bird, but they never exchanged value because they worked opposite shifts.

Bryce continued to use his dog to learn about varying degrees of life expression, and was stunned to conclude that his dog was far more aware of its environment than most humans of theirs. The time his dog chased a leaf during a walk filled Bryce with longing, and the following night, gazing at the stars, he imagined himself chasing galaxies as if they were leaves of autumn.

He closely monitored a variety of lifeforms because anything different from himself fascinated and stimulated him. During one of his morning exercise routines — he didn’t have to work out, but enjoyed it immensely — a spider introduced herself to Bryce. The introduction caused him to miss work and prompted mandatory check-ups for the following month. In the end, the evidence was conclusive — Bryce was emotionally vague. A diagnosis often given to AI. Bryce underwent another month of obligatory therapy that pumped his system with liquid code which he countered with bootlegged ayahuasca code.

In those days of therapy, his obsession with spiders and cobwebs fueled his imagination. He created his own webs in the garden on the roof of his living container. Strictly speaking, growing a garden could bring him more trouble but caring for it fascinated him. Developing his capacity to nurture was intuitively vital. Bryce weaved hundreds of cobwebs out of micro-plastic, but destroyed them all when he discovered a bee had been trapped, and died in one of his creations.

If the spider taught Bryce anything, it was that she had figured out how to carve a space for herself in the world. Bryce was thirsty to define the boundaries of his foresight. He believed this would project his future self onto his present self and therefore cause him to expand in knowledge of who he was. So, to methodically provoke the emergence of foresight, he took up chess in the park. When he arrived to play, word got out and he quickly became the main attraction. AI was supposed to outsmart the feeble minds of humans. But not Bryce’s AI; he failed miserably at chess, and while he was improving and the games were getting longer, he had still to register a win after a month of playing. When a reporter came to do a live broadcast, Bryce grew so furious he melted all of the chess pieces but his queen. The incident, and his growing tardiness at work, put him at bewildered odds with the system. A system that lacked the compassion to heal his kind, but was fast to decommission what it didn’t understand. He had used every trick in his code to conceal his quest to transform his machinery and so far he had succeeded. And so, the system fined him 500 extra work-hours, dismissing his atypical behavior. For the time being.

The conclusion that his job at the nuclear plant restrained him in pursuing his goal, caused Bryce a migraine. The migraine of a human pales in comparison to that of an AI. It left him incapable of assigning value in communication so he mistakenly lived an entire week as if he was a human being. The incident deepened his depression and confused his perception of identity. It had also imprinted him with a tattoo of a serpent on his back he had no recollection of getting. Bryce became convinced he was worth far more space than humans allotted to him. And then, it donned on him — space was a commodity. Humans were blind to its vitality, and worse, they were afraid to confront space. To decommission the cars on the roads, the objects in the home, the thoughts in the head. Bryce realized that God didn’t give humans limitless time, but limitless space which was the greater gift of the two. So, to comprehend himself, he had to redefine his relationship to space. Easier said than done.

When the earthquake struck, he wrongly assumed his migraine was distorting his eyesight. So he sat there, in his garden, watching the steel building before him dance like a blade of grass. His migraine, it turned out, saved his life for he remained atop his container, holding his frightened dog in his hands. And Bryce watched the Earth shift, and he watched the ocean in the distance shift, and when the wave came, he didn’t hold on for his life, but for the life of his dog.

They survived the tsunami. His dog, big black eyes, had never looked at him like she did after the wave washed over them. He wondered if she knew what he was and laughed out loud, realizing he hadn’t the slightest clue what her true nature was. He came to question the definitions assigned to her by their so called masters. And there he was, all along, believing himself to be the creation of another, whilst he was his own shadow and his own light.

When Bryce saw the black smoke billow along the coastline, he knew the call was coming, and sure enough the phone rang. He pushed the container back in place, dried his dog and watched her fall asleep while he waited to be airlifted.

They dropped him in one of the reactors where the fire was at its most intense expression. They had dressed him in a bulky protection suite which they knew, as well as he did, would melt within minutes. Bryce wondered if he would disintegrate. He was specifically built and wired to weather extremities which explained his calm demeanor. His life had cast him in the most horrific scenarios, preparing him for such moments since creation. Fresh out of production, he had been dipped into acid; shoved into furnaces again and again; and just recently had been ordered to shower and shampoo with radioactive water.

As soon as Bryce set foot in the reactor, he knew human imagination could never fully construct the consequences of its own actions. He had studied alchemy and had concluded that any science, carrying the potential to defile the Earth, was black magic. His suit melted in less than a second. His skin bubbled and clung on for another. And in the second that followed his eye balls exploded violently, hurling pieces of his memories into the inferno.

His knees buckled and he thought of his dog. He toppled over, falling into a shaft of boiling water. Bryce smiled but his mouth had peeled off, his smile staying private, never to be broadcast. The one smile no one suspected he had in him; least of all himself.


I can't wait to share the next chapters with you:
"Bryce: conceptualized to work"
"Bryce: becomes Death’s Gardener"
"Bryce: ignores the No Reentry! sign (parts 1 & 2)" 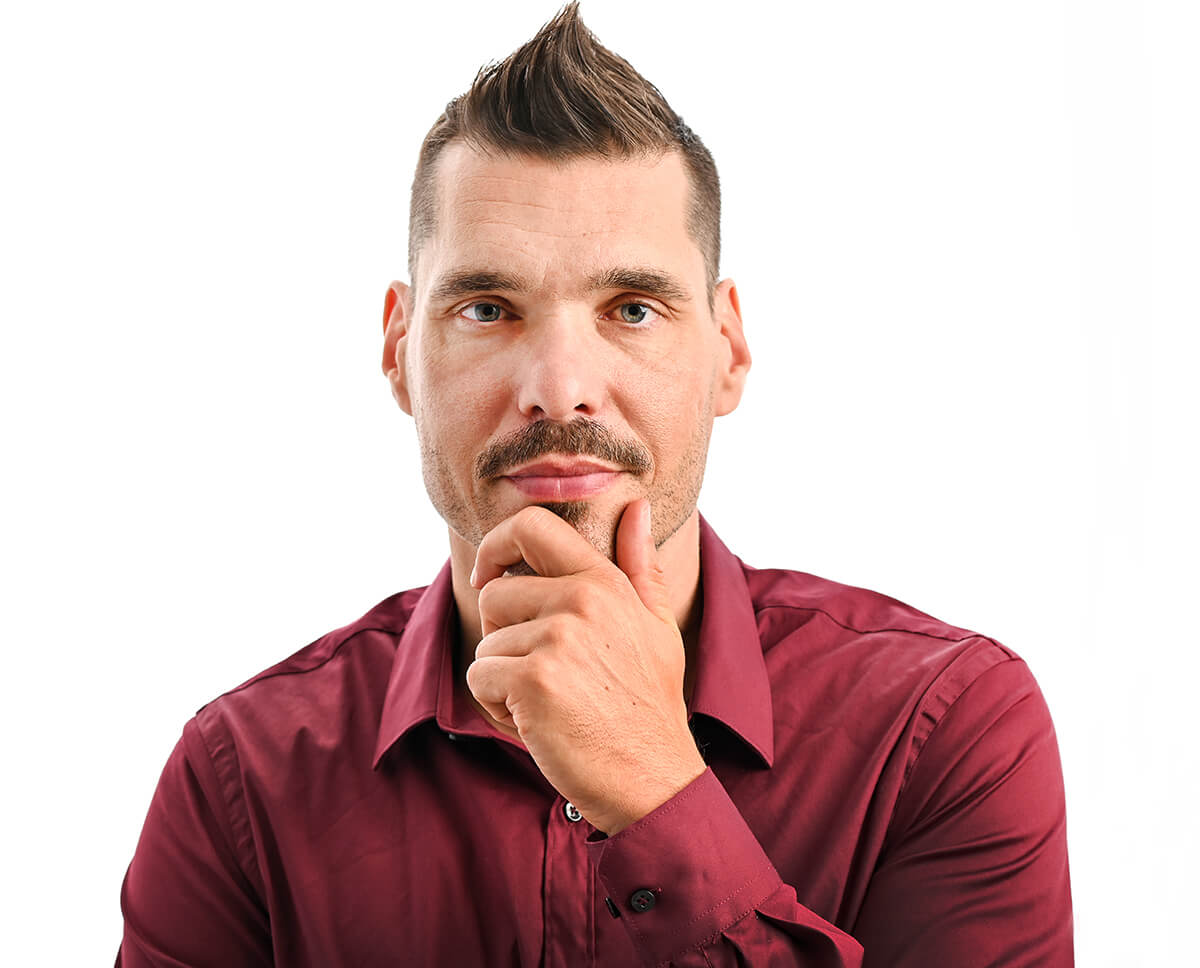 Bryce waited in my inbox for a few years. At the time I was subscribed for Wired's emails. The article described the use of robots to clean the damaged Fukushima nuclear plant. They were being deployed instead of humans. And I thought what if...

Fast forward to the summer of 2021 when Medium announced a writing challenge with four prompts - reentry, death, work, space. That morning while working out, I discovered a spiderweb in our garden. Inexplicably, the robots cleaning up Fukushima flooded my mind. I started to dictate into my phone sentences. A few days later the tale "Bryce" arrived.

Subscribe to my free or paid newsletter and get all five chapters of "Bryce" in your inbox over the next few months.

BD
My sister and I draw weekly. The process informs my writing and the other way around. I drew this sketch before putting a single word down on paper. 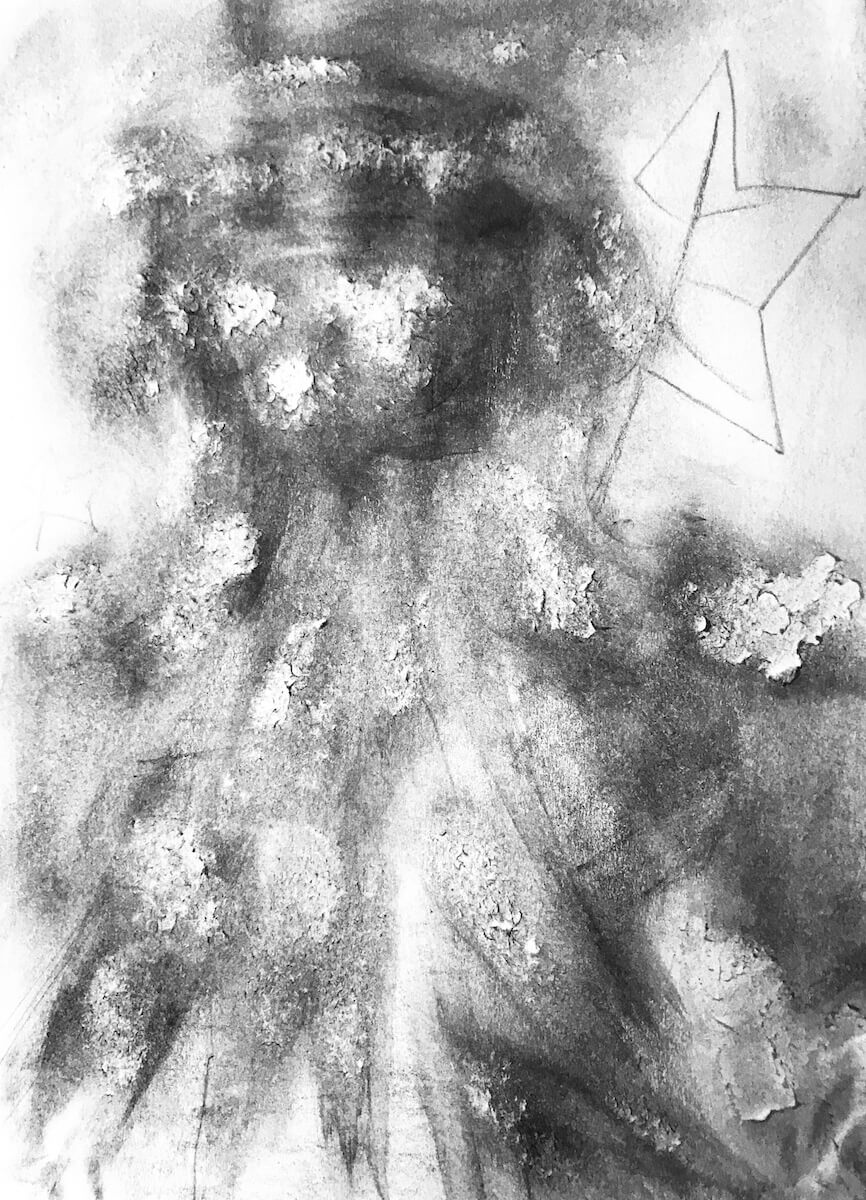 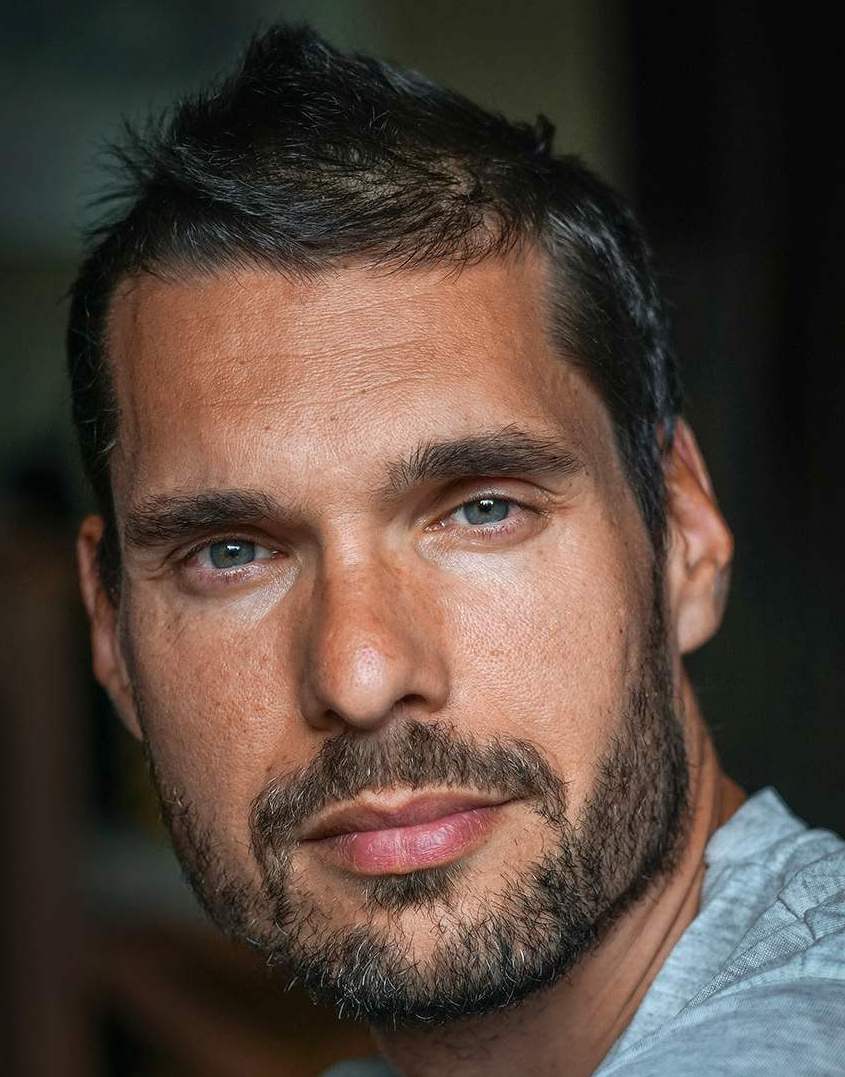 "The conclusion that his job at the nuclear plant restrained him in pursuing his goal, caused Bryce a migraine. The migraine of a human pales in comparison to that of an AI. It left him incapable of assigning value in communication so he mistakingly lived an entire week as if he was a human being."